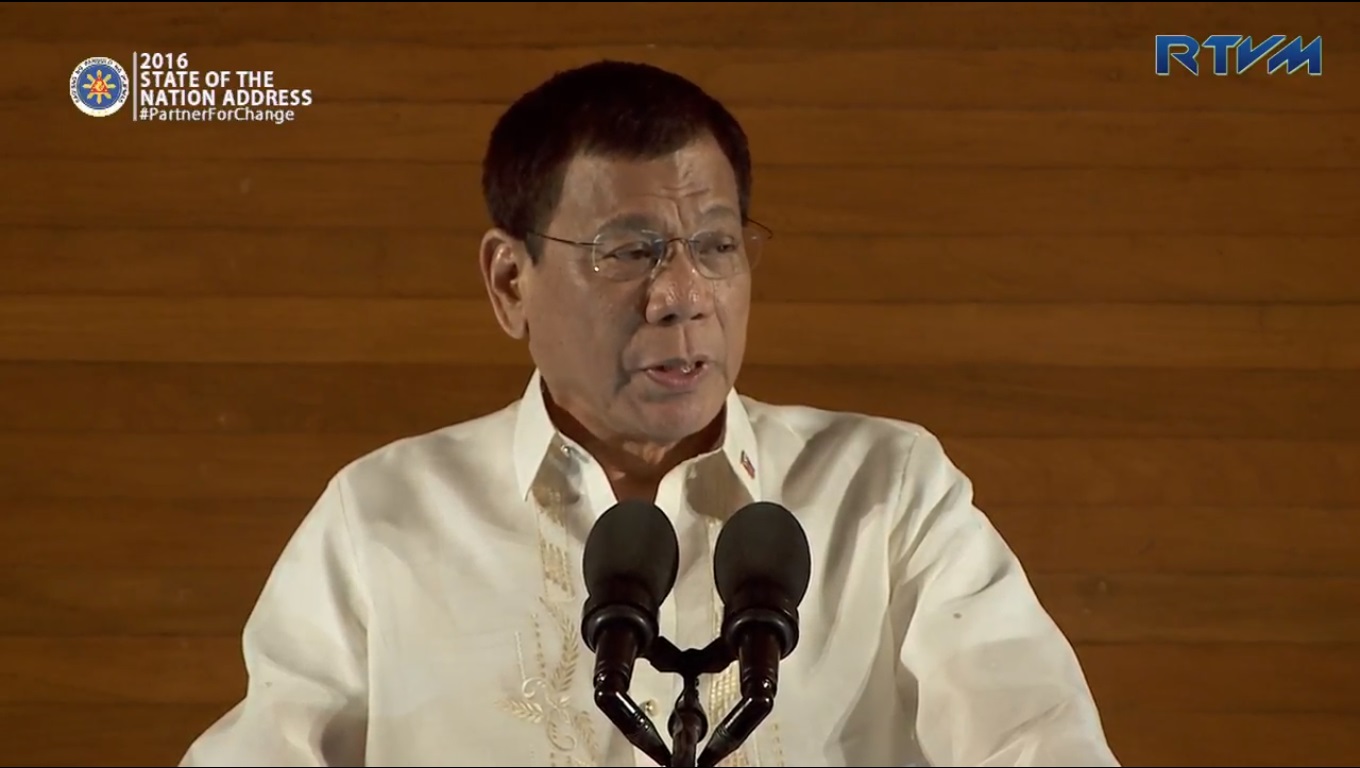 “We will not stop until the last drug lords have surrendered or are put behind bars or below ground,” said Duterte.

Duterte’s promises included a sustained fight against human trafficking and illegal recruitment, a streamlined processing of government permits and licenses that would take no more than three days, a department that will make it easier for overseas Filipino workers to get their required papers, and mass transit systems in Cebu and Davao, among other areas. (Nicko Tubo/Sunnex)