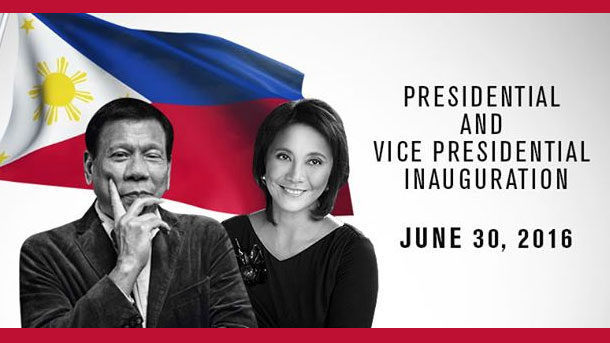 PRESIDENT-elect Rodrigo Duterte and Vice President-elect Leni Robredo are set to take their oath of office on Thursday, June 30, 2016, in two separate venues.

Duterte will take his oath at the Rizal Hall in Malacañang at 12 p.m., while Robredo preferred to have her oathtaking at 9 a.m. at the Quezon City Reception House, also known as the Boracay Mansion.

Both Duterte and Robredo preferred to have a simple ceremony, with few guests.

Robredo, on the other hand, said her guests of honor will be the poorest of the poor — her way of thanking the Filipino people. Only 300 people will be invited. READ: Simple inauguration for Robredo in Quezon City